This past weekend, I made a trek up to the Northern parts of Northern Ireland. On Thursday morning I booked a hostel in Portstewart over the internet, went to the bus station to purchase a ticket and away I went. Now first of all, I need to mention that I am NOT AT ALL used to bus transportation or hostel accommodations. I own a car and typically stay in hotels as most Americans do. Each item on their own I’ve done…the combination was quite new. In fact, I had no idea exactly HOW I was going to get to all the sights I wanted to see but decided I’d figure it out once I arrived.

Side note: For those of you who have never stayed in a hostel…it’s not scary like the 10-year-old  horror movie reflected. Every hostel is different in their set up but many have private rooms or dorm style rooms. Some dorms are one gender only and some are mixed with effort to accommodate as many people and as many combinations of people as possible with the least amount of hassle. Due to my last-minute booking, I had to settle for a mixed dorm bunk. It would not be my first preference due to my own safety concerns but it was all that was available. I will more than likely have to settle for it again in the future so I decided there was no time like the present to take the plunge.

Back to the story. I successfully bussed, switched busses and EVEN got off at the correct stop some three hours away from my starting point. I know, I know, heroic right?!?

I was able to find my hostel with little difficulty. When the owner showed me to my room, he said that of that moment, I was the only one in that particular dorm room. (Hip, hip hurray!) My fingers were crossed that it would stay that way. After I dropped my stuff and took a “wee” look around (as the Irish would say), I headed out for fish & chips.

Now, this is where I am amazed at how God weaves amazing threads into my story. After returning from fantastic fish & chips, I consciously decided to head to bed. I could hear other travelers chatting about in the common rooms (kitchen, dining room & living room) but I thought, “Hey, this was a pretty brave step today. I made it up here on my own and I am staying in a hostel on my own. I know one of my goals was to try to meet people but I do not really want to tonight. I will try again at breakfast.” So I crawled in bed, in the room I currently had to myself, just like an introvert who is avoiding people does and started to read.

About 20 minutes later, a knock came to the door and in walked the owner with a woman. In his delightful Irish accent He said, “You’ll have a bit of company this evening.” She introduced herself as Janine, the Scottish photographer, who was here for a short holiday. We exchanged small pleasantries and chatted about what our goals were for the following day of sight-seeing. Come to find out, our goal in sightseeing were pretty much the same. Janine said, “I’ve a car hire (rented car). You ought to come along with me. I’ve got the car anyway with more than enough space. It’s no bother, it will be good fun.” And you know what? It was.

We spent a full day on Friday together seeing the sights of Northern Ireland. Some I had seen before but was excited to see again like Giant’s Causeway…still one of my favorite places on planet earth. Some of the sights I had never seen like the Dark Hedges which you may know if you have been a Game of Thrones fan (which I am not) or you may have seen beautiful photos, often black and white of the trees arching the roadway. Janine was a delightful artistic story-teller who shared many of her life stories as we drove the windy and narrow roads of Northern Ireland. Also, she was willing to take her time to “capture the shot” with her cameras. She surprised me with a sandwich she had made for us before leaving the hostel and a bottle of water. What an amazing lady!

Now, I was not planning to return to the hostel in Portstewart. In fact, on Friday morning I had overheard the owner of the hostel state they were booked up for the evening. So I quickly made arrangements for another hostel in the old walled city of Londonderry – also known as Derry. Apparently there is still a squabble over the naming of the town between the nationalists and the unionists so they settle to call it both – “Derry/Londonderry.” Be assured, you will call it the wrong thing to the wrong person and they will correct you.  Anyway, Janine said she was wanting to see Derry/Londonderry anyway and was happy to drive me to my hostel. What a blessing.

Side note: When you book a hostel, make sure to note when the check in hours are and try to not be late. It could cause a problem.

As it became later, I realized I was not going to make the check in time at the Derry/Londonderry hostel. I was able to find two different phone numbers for the hostel and Janine allowed me to use her phone to call. One number went straight to a voicemail while the other, was “invalid”. No luck in getting in contact with the hostel.

When we arrived to the hostel, they had given my bed away since I had not checked in. The hostel was not concerned that the provided phone numbers were not working. As far as they were concerned, I did not check in on time. End of story. Luckily, Janine was planning on waiting for me just in case we had an issue.

As soon as I was turned away, Janine grabbed her phone at 11:30pm and called the owner of the original hostel in Portstewart, where she was staying another night and asked the owner if the hostel was still full. He said it was. As soon as she told him of my predicament, he said, “I’ve a bed for Tara in room 6, the same room you are in. It’s no bother.” I found out on Saturday morning that a girl had cancelled her bed at the hostel only a few hours before Janine called the owner. Miracle.

On Saturday, Janine and I set out for Derry/Londonderry again to see the beautiful walled city. We parted ways in the city and I boarded a bus for home. Janine was to head back to Scotland on Sunday.

My thoughts: Janine is a God blessed and appointed miracle to me.

If I looked at each one of these pieces separately, maybe I could chalk it up to coincidence. But when I look at each as an element of the big picture, I can not help but point to an incredible God who is looking out for me in BIG ways and small details. Keep your eyes open. If you take a moment to acknowledge him in some of the details he is coordinating on your behalf, you will be in awe of the bigger picture as it unfolds and as you look back in hindsight.

Live your life in an adventure puzzle that God puts together. With every added piece, I’m giddy with excitement about where the next one will show up.

You never know when a Scottish lassie will come along to bless your life. 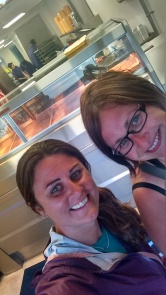 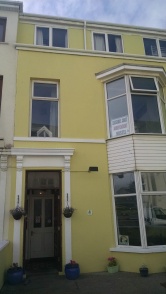 The hostel in Portstewart. 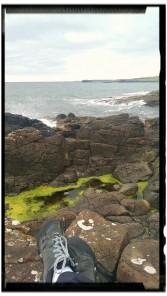 Viewpoint just outside the hostel in Portstewart. 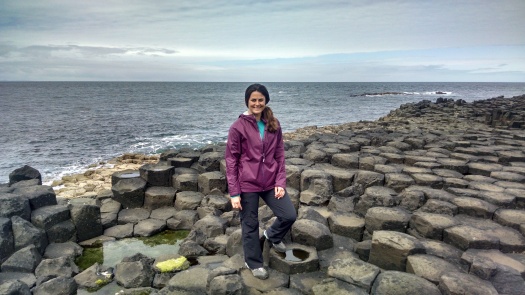 Sites along the Causeway Coastal Route. 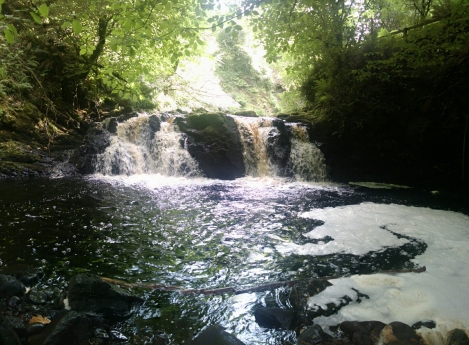 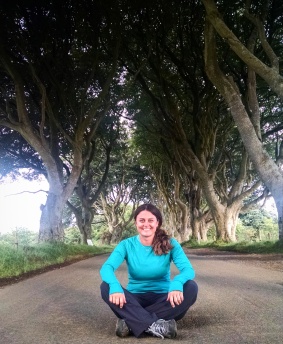 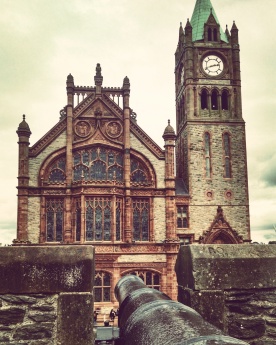 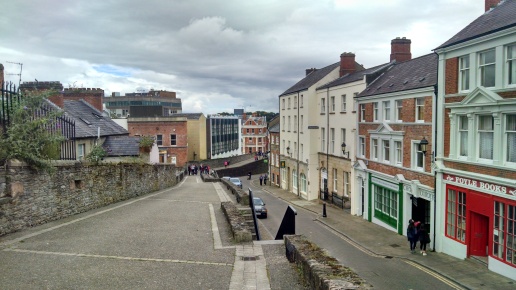 Walking along the wall of the walled city, Derry/Londonderry. 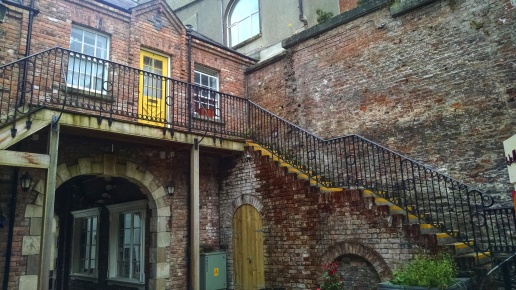 Inside the walls of Derry/Londonderry.