I met Marianne in the Negev Desert in Israel in October. She was traveling with a small group of people from South Africa who are on mandate from the Lord to go to Israel to pray over the land, the people, the government and anything else the Lord impresses upon their hearts. This team of mighty prayer warriors have seen incredible miracles over the years as they continue to respond in faith to the Lord’s invitation back to Israel. Israel is an expensive country and as the exchange rate gap between the South African Rand and the United States Dollar grows wider, the stories of financial provision just to go to Israel are miraculously astounding. Marianne told me of one of her journeys where the Lord provided the financials just days before the departure. When she called the travel agent to book her plane ticket, he said the plane was full. She told him, “No, the Lord told me I will be on that plane. There is a seat open for me.” Just after speaking those words, she heard excited shouting from the agent. “You won’t believe it! You won’t  believe it! Your name just showed up in the seating chart but I didn’t enter it there! You must come now to pay for the ticket so we don’t lose the seat!” Miracles.

Following my time in Durban and Ballito, Marianne invited me to stay with her in Springs, Gauteng, South Africa. I have had a wonderful

time joining Marianne in the daily activities of life. She and her husband, Eddie, shared stories about living in South Africa. They cooked some traditional foods, different from the food I experienced in the Durban, Natal region. Even in the rain, they had a braai (grill out).  I had the opportunity to meet several of their family member and friends.

Take a tour with me of Marianne and Eddie’s house:

When I was on my way to see Marianne, she told me about “boot camp.” It is a one hour workout in the evenings, Monday through Thursday. She asked me if I would be interested in joining her and I said, “YES!” I love to work out but on the road, it has been

difficult. So I gladly accepted the invite. Every Saturday morning, Springs also has something called “Parkrun.” Parkrun is a weekly, free 5K, inviting the community to get active and get healthy. Participants can register online where they will receive a bar code to bring along to the race. The progress is monitored with the bar code and results are emailed to each registered participant. This past Saturday, the race had 500+ runners, joggers and walkers join! They also take photos and post them on Facebook. To the right is the photo of me. I am sure I was running so fast that the camera could not capture me…Or at least, that is what I am telling myself. Since I have not run in quite a while, the course was a little more painful than I was expecting but it was all about the participation and enjoying the moment.

As it turns out, Parkrun is an international organization that started in the UK with one goal: a weekly, free 5K for anyone and everyone to join. The Parkrun organization has now spread to over 14 countries bringing in people of all different ages and athletic abilities. In fact, I would say there were far more walkers at the Parkrun in Springs than runners. All are welcome. If you are interested in more information on where they are located or how to start one, feel free to click on their website: http://www.parkrun.com.

Marianne and I also had a salon day on Wednesday. After checking out the prices for a haircut and color, I decided to go for a change. If you are traveling in a country where the exchange rate is in your favor, sometimes it is worth the risk. The cost was about a third of what we would pay in the United States. Marianne took me to a lady at Cathy’s Hair Studio in Springs who is known in the community for doing color. After wearing the same few clothing outfits over and over, it was nice to do something to feel good about myself. I am not feeling bad about myself but it is nice to feel a little more “put together” for a moment. 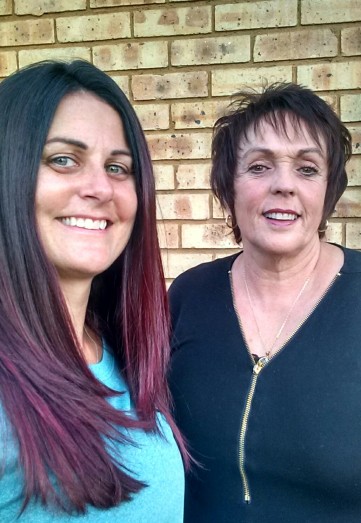 Me & Marianne with new hair 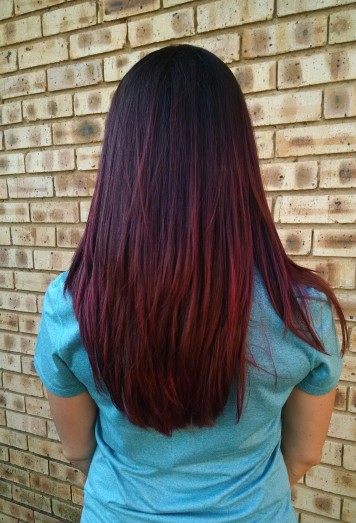 Here are some words I have learned while visiting South Africa so far:

This has been a precious time in Springs. A huge THANK YOU to Marianne and Eddie for taking such good care of me. Thank you for the stories, laughter and wonderful conversation. You have blessed me in so many ways!

Tomorrow I leave Springs to visit Pretoria, the capital city of South Africa.